Crazy times… Good times, but lots of plates spinning.  Unfortunately that has meant less writing.  And this post especially is long overdue.  I hope that you’ll find that good things do come to those that wait.

A few months ago, I was given the opportunity to review some holds from Red Point Holds.  I wrote from a home wall owner’s perspective.  Well, I’ve gotten another shot at some new holds from a new hold company, Meuse Climbing Holds.  And again the premise of my review is that the holds that are “best” for a homewall are often different from the needs and wants of a Commercial Gym.

I received a box on my doorstep from owner Brian Meuse, and needless to say, I didn’t wait long to open it and get my hands on them.  And that is exactly what I did.  Yes, I was interested in the shapes, as Brian mentioned that he prides himself on the uniqueness of his shapes.  But we’ll get to shapes a little later.  I began my exploration by checking out the texture of the holds.  Texture is a delicate balance for both gyms and homewalls alike.  If they are too slick, they won’t get used, but if they are too rough, they can wear down the skin too much.  This is especially important as a homewall is a training device, like a treadmill is for runners.  So where do Meuse Holds fall on a texture spectrum.  I’d say that Meuse Holds and Redpoint Holds are very similar in texture.  It really is a comfortable texture.  In the couple months I’ve climbed on them, they have really held up well.  In the mix were a few technical foot holds.  These will prove to be the real durability test, as on my homewall, footholds are by far integrated into the most routes.  So far, so good.

I then started checking out the shapes, and something jumped out at me as positively unique.  Several of the holds were hollow-backed.  No big deal normally, but these were not oversized holds.  These were some of the smallest hollow-backs I’ve ever come across.  Super light but still solid, both hand wrenched and impact driven. 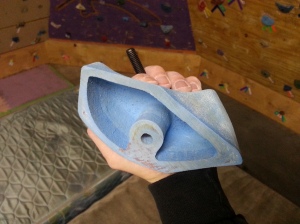 There were a lot of different shapes to be investigated.  A few of them could definitely be identified as sets.  And as Brian alluded, there were some quite unique shapes in the box.  Some of those unique features really worked and only a couple didn’t suit my preferences.  Since there were so many holds and varieties to pick from let’s touch on three categories: the sets, the ‘not-for-me’ holds, and the top picks.

Right off the bat, I noticed the 3 similar crimps/mini-jugs called Rolls.  They have a good radius and the subtle ridges feel solid when gripped.  They are low-profile and have a small footprint, so they don’t take up a ton of valuable real estate.  They also are great as footholds as they require precise placement.

I also got to grab  onto 2/5 of the Cakes jugs; nice, comfortable, deep jugs with ‘eroded’ pockets to dig in with the thumb.  I really liked these, and for a different reason.  I liked that if they were oriented as a sidepull or undercling, those ‘erosions’ made for very precise foot targets.  One thing I look for particularly in climbing holds is for a way to make it so that handhold you just used doesn’t end up a GIGANTIC ledge to stand on as you progress upward.

And lets not forget 3/5 of the Perch set.  These are a set of flat edges with clean rounded edges.  Solid standard holds with friendly surfaces.

I actually really liked most of this hold, the Moldy Loaf.  But the side pictured here is designed to mimic real rock.  There is a lip near the wall edge that is not wide enough for fingers to crimp inside, so when it is grabbed, the lip just digs into my finger-tips.  Although, I’ll be the first to admit that there may be some application of this feature that I’m not thinking of.

And then there were two holds that were just plain painful.  The shapes, Twister and Newt, look really cool and definitely unique.  But the ridges felt like this: 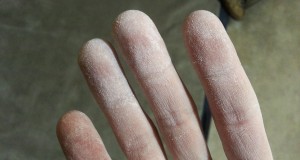 Truly, those were the only shapes/concepts that I didn’t care for.  There were many holds that were great… but now I want to share the holds I consider… 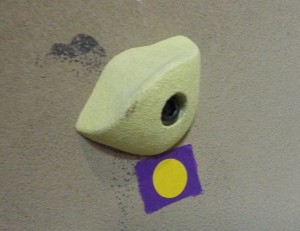 2 Toes
Simple but Versatile Design
Different slopes on each side 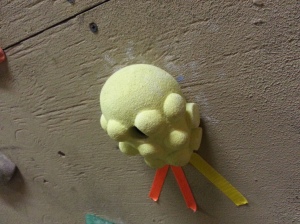 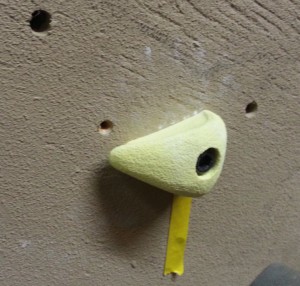 Fang
Pinchable Crimp
Simple and Tough at the same time 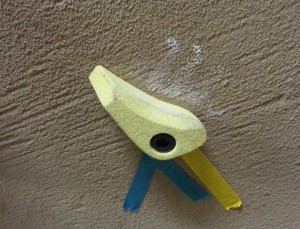 Chisle
The little brother of Lox 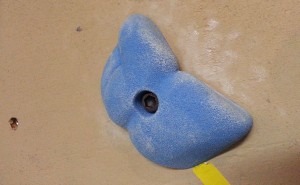 Pudge
The little brother of Wisdom

Meuse Climbing Holds are high quality.  In almost all cases, they expertly blend form and function.  Creative uses of their holds are only limited by the mind of the setter.

And I leave you with this bit of amusement… a video of a “Yellow” route I set on my 45* wall in the garage… and then me climbing it.  If you look close, you’ll see our friends Moldy Loaf, Grenada, Chisle, Fang, and Lox.

revisionist trad bouldering in the park

Because I'm too scared to climb up and clip it. Christ, Climbing, Community.

It's not choss, it's bomber

Rob Pizem's Blog for all Seasons

Climbing Together and Other Fun Adventures

A community for climbers and adventure enthusiasts to learn about training, health, gear, and exciting adventure news

Rachel Slater
A girl walks into a climbing gym...

and that was how it all started.

Breaking In My Shoes

On an Adventure in Paradise

My love for climbing

The art of moving in a vertical world